Outer space. Infinite vastness. When Starship Enterprise ventures out into far off galaxies, Captain James T. Kirk travels in a rather uncomfortable multi-functional seat. With his arms leaning on the armrests, he presses a button and radios directions down to Scotty in the engine room, starts a sound recording for the computer logbook and sets off a red alarm whenever the Klingons attack. Almost no other prop in the cult Star Trek series has been fascinating fans for the past 50 years more than the seating for the respective captain. The skipper’s chair is the calming influence on the bridge and a symbol of an absolute on-board authority which nobody likes to surrender. When in the movie “The Final Frontier”, the starship’s doctor Leonard “Bones” McCoy asks the slightly disgruntled Captain Kirk what the matter was, he answers a little sadly, “I miss my old chair.” Then when Lieutenant Travis Mayweather takes command, he fascinatedly observes, “The bridge suddenly looks totally different sitting up here.”

In 2002, an original skipper’s chair used by Captain Kirk was auctioned for about 300,000 euro. A collector’s item for “Trekkie” fans. One of them is Adam Savage. The special effects designer in USA has built his own captain’s seat and videoed its making (https://youtu.be/jaVi06DaTk0). In doing so, he took special care of the seat’s “life” under the surface by not only replicating the buttons, lamps and switches down to the last detail but also backing them with sound files. Anyone setting off the alarm will get to hear the distinctive wailing siren everybody knows from the television series.

Belonging to the Star Trek universe are now five television series with 703 episodes and 13 movies. The sixth series – Star Trek: Discovery – with 13 new episodes will premiere in the USA in May 2017. Over the course of the years, not only the characters and starships have changed but also the furniture on the bridge. As spartanly as Captain Kirk flew through space, it was not the case for his successors. Commander Charles Tucker in “Star Trek: Enterprise” (2001–2005) attached great importance to a height adjustable seat for a more comfortable sitting position. Even more. “The new seat came with everything but its own protein resequenced,” he remarked with a wry smile when talking about the new piece of furniture. Captain Jonathan Archer recommended the chair be equipped with a lumbar support. On the bridge of the USS Excelsior and the USS Stargazer, there are armrests capable of folding inwards to secure the captain in times of danger. There was even a safety belt in “Star Trek: Nemesis” but it was removed later. In Star Trek: The Motion Picture, Captain Kirk is given wrist straps to keep his hands close to the buttons even in violent turbulence.

The creative minds of filmset designers were however not behind every Star Trek seat. Whilst chipboard was sawn, screwed together, painted grey and the wooden armrests stained when making the original seat in 1966, later oness came directly from furniture makers, primarily Italian. The captain’s armchair in “Star Trek: Enterprise” was spontaneously repurposed. It actually belonged to the range of a maker of boat furnishings. The magical attraction of the seat is probably also best explained by the fact that it was to be seen in every episode. The wish to sit down in it was only granted to a select few. US President Ronald Reagan was one. In 1991, he visited the set of “Starship Enterprise: The Next Generation” and was allowed to take his place in the seat normally occupied by Captain Jean-Luc Picard. Things must have been the same for the big fan community as it was for Reagan. It voted Picard’s chair as the Star Trek universe’s favourite seat. The importance of it was something Captain Christopher Pike was also aware of. In the movie “Star Trek: Into Darkness” (2013), he admonished James T. Kirk: “You don’t respect the chair. You know why? Because you’re not ready for it.” Outer space. Infinite vastness. Take a seat. The journey continues. 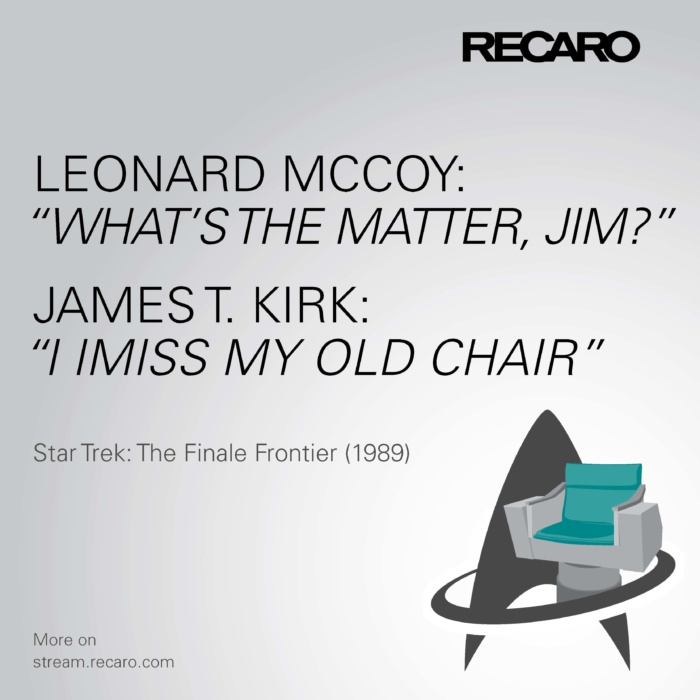 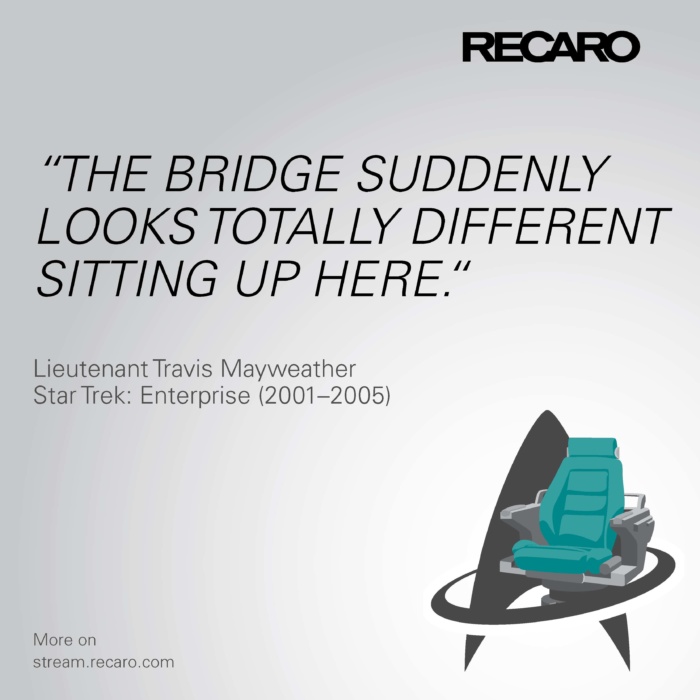 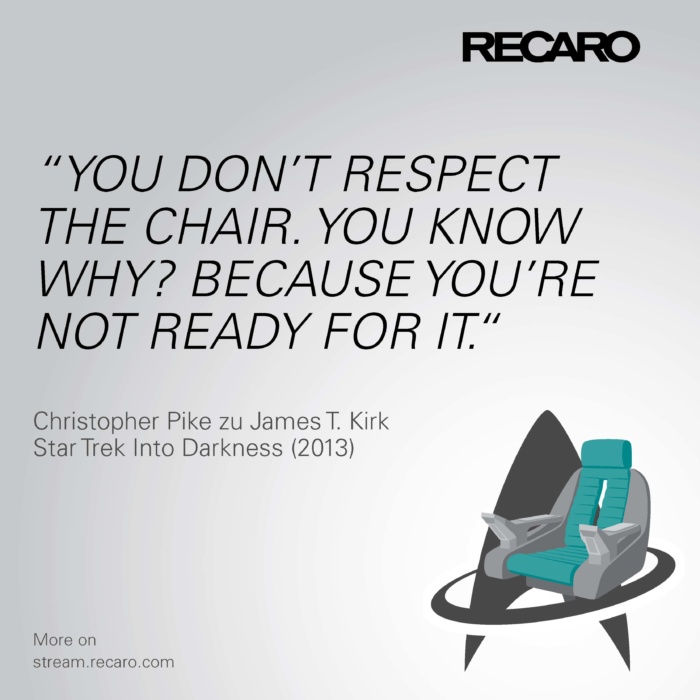 Quote from Star Trek Into Darkness

Through Italy With a Tailwind

How performance can be improved through ergonomically correct sitting

Impressions from a successful trade show presence in Hamburg